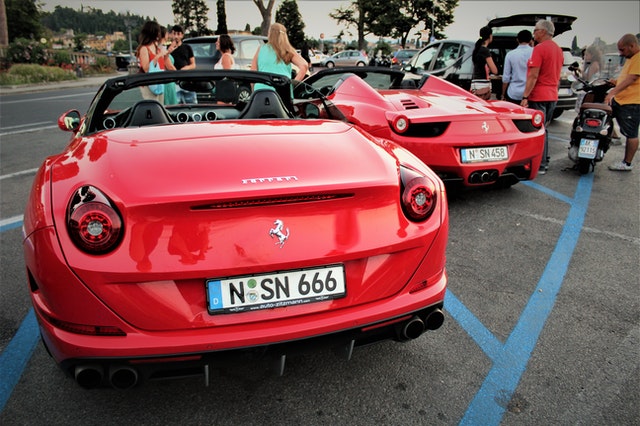 What Makes Ferraris so Special?

In a world that is teeming with elite sport car brands, one of them stands out. Ferrari, despite being the youngest of the sports car marques, is viewed as being the market leader today. Beating off fierce competition both from rivals and from its own relatives such as Maserati, the Ferrari brand is a status symbol that is instantly recognizable by all and sundry, including those who do not know the first thing about sports cars. If you are considering buying a Ferrari, you might be wondering what makes this marque so special, and whether your new Ferrari will live up to the hype. The short answer is ‘yes,’ and here is the list of factors that make Ferraris special.

Enzo Ferrari himself is rumored to have had very little interest in streetcars, permitting them only as a means to financing the development of race cars. Over the years, however, Ferrari, unlike most other sports car makers, has blurred the lines between sports cars and race cars, providing owners of Ferraris with a truly unique product.

The only carmaker to own their own track

While most other carmakers are content to use the NurburbringNordschleife circuit for their testing, Ferrari’s dedication to testing is such that they have their own a dedicated 1.86 mile facility where both racecars and streetcars are extensively tested before release.

Ferrari is almost synonymous with the V12

Enzo Ferrari himself insisted on Ferraris being V12 based. While there have always been exceptions such as the Dino, even this car was never viewed as being an authentic Ferrari. The Dino, with its V6 engine, was originally designed by Enzo’s son, Dino, who died at the age of 24 before he could finish building the V6 sports car he was working on at the time. Upon his death, this would become the Dino, finished and so-named by his father in his honor.

Ferraris are a good investment

The key question to ask is: will your Ferrari gain value? Because so few are produced annually, Ferraris at least do not lose value very easily. And if you would like to invest in one for the purpose of increasing the value of your investment, then a good idea would be to invest in one of Ferrari’s limited edition makes.

Ferrari used to own Maserati

Given the close rivalry that exists between the two marques today, it probably sounds very strange to hear that Ferrari used to own half of Maserati after buying shares in 1997. While Maserati has since withdrawn from his arrangement, the mark of Ferrari appears to have been left indelibly on its brand, with Maserati vehicles using Ferrari engines—at least until 2022.

Ferrari does not make SUVs

Despite their close rivals Maserati, Bugatti, Lamborghini all making one, Ferrari has stayed a pure race car/streetcar maker, and refuses to make an SUV at least for the foreseeable future.