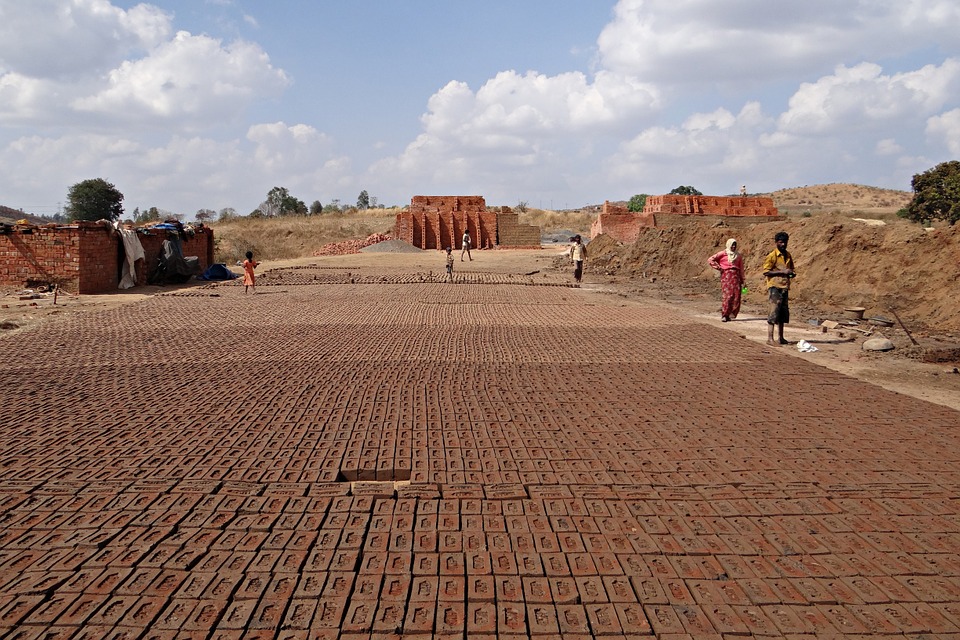 Whether you are crafting a new outdoor kitchen or keeping a wary eye on your crumbling chimney, you are about to engage in a project with roots dating back millennia.

Bricks of clay and straw have been made since 7000 B.C. The Egyptians discovered that firing the bricks made them stronger and more water resistant than simply sun drying them. They also discovered that the dimensional ratio of 4:2:1 made them easier to work with. Standard bricks still maintain a similar ratio. Bricks of various dimensions can be made to accommodate curves and arches. They can come in a variety of colors or tinted after the fact. There are manufacturers who can fire bricks to design specifications for custom jobs.

In construction applications, bricks must be “glued” together using mortar, which is often a mixture of sand, lime, and cement. This is “buttered”, in appropriate and uniform thickness, to the horizontal bed joint between the layers and the vertical head joint between the bricks, as they are laid in specified patterns. There are several traditional patterns, called “Bonds” that can be created through the use of standard bricks. They include Stretcher, English, American, Flemish, and Header Bonds, which are long, flat patterns. Herringbone pattern is typically used for paving purposes, rather than walls, due to the angular placement of the brick.

Tuck-pointing is the final, and a very important process in bricklaying. Mortar is pressed into the gaps between the bricks and smoothed to an attractive finish. Keeping your mortar in good repair is important to the structural integrity of your home. Mortar keeps air, water, and “unwanted visitors” out. It prevents erosion or decay of the brickwork. Mortar can be colored by mixing tints into the grout mixture or painted after it sets. By adding color, you can match the bricks for a subdued look or go bold to add a pop of personal style. Tuck-pointing or re-pointing the brickwork on your home can enhance its beauty, improve its integrity, and raise its value.

For existing projects, like that crumbling chimney, re-pointing can be done. All grout lines between the bricks should be chiseled or ground back at least 1/4″, exposing a clean surface. The debris is then washed off. Once it is dry, new mortar can be applied with a pointing trowel or other appropriate tool. It can be a painstaking and tedious job that the average homeowner may not be prepared for, and is perhaps best left to professionals, who will be happy to provide their services like Point Brik. Once your project is complete, you will appreciate the benefits for decades to come.